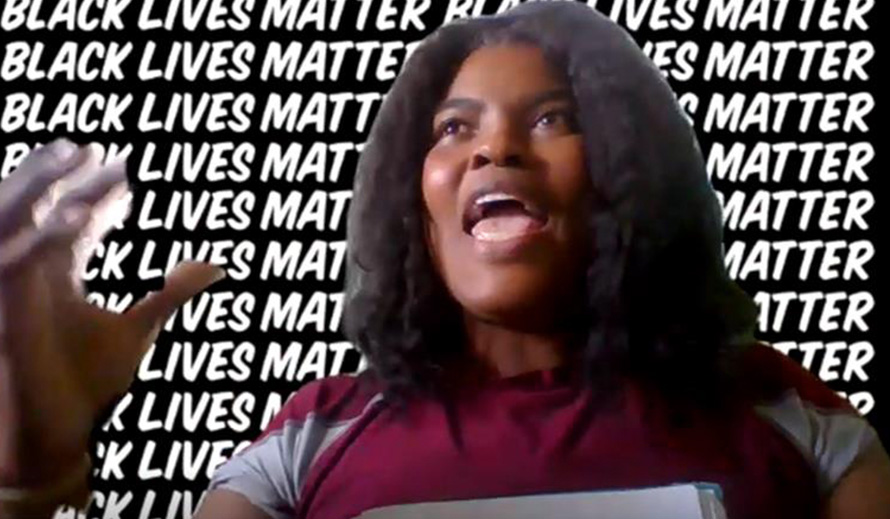 ‘If We Don’t Do the Uncomfortable Work, Children Will Suffer’

With a backdrop of consistent daily protests and demonstrations across the country, The Children’s Trust held a special meeting bringing together board members and staff to talk about the painful and damaging effects of racism and social inequity on children and what role The Trust can play in making change in the future.

Board Member Tiombe Bisa Kendrick-Dunn chaired the newly formed Ad Hoc Committee on Social Justice and Equity that addressed the impact the current and historical context of systemic racism and inequality have had on children and set the tone for the meeting early on.

“We have structural and systemic racism in this country and that has not escaped our county. If we look at outcomes for education, health, infant mortality, if you look at issues that we struggle with as a country, a lot of it intersects with race and income levels,” said Kendrick-Dunn.

Board members took turns addressing the national and local unrest resulting from the death of George Floyd last month and what it meant for The Trust moving forward.

“Many times our white brothers and sisters don’t want to own up to the reality that racism still exists,“ said Board Member Richard Dunn. “And as black person, you don’t want to be labeled as a rebel without a cause.” Even so, he passionately argued that the current activism occurring all around the country and world was a unique chance to face the historical problem.

“I see this as a great opportunity for those of us in position of authority to do what we can to be recorded on the right side of history. Each of us can in our own small way or large way, make a difference to make sure we do not perpetuate the biases and discriminatory practices that have been passed down through generations,” Dunn said.

"When I was City of Miami a commissioner in just 18 months, seven black unarmed men were killed by White or Hispanic police. That happened right here in the City of Miami in 2010-2011, it’s documented!” Board Member Richard Dunn

Although Dunn said that the current national context could mean the country is ready for real  change, later in the meeting he talked about the stark reality facing Miami. "When I was a City of Miami commissioner in just 18 months, seven black unarmed men were killed by White or Hispanic police. That happened right here in the City of Miami in 2010-2011, it’s documented!”

Kendrick-Dunn then brought the issue back to the central mission of The Trust, children. “Children are not blind to things they see in society. Watching media and social media, they have fears and wonder what it means for them. We have to acknowledge that and figure out how we address the population of children that have been dealing with this for generations. We can have after school programs, (offer) parents classes, but we also have to think about individuals we are serving and come from a historical standpoint. Children are not blind. White children see this too and it is difficult for them to process,” she said.

Those who spoke in the meeting agreed that The Children’s Trust had the community support and necessary weight to be able to impact the current situation, but that any real changes would not come overnight.

“The Children’s Trust is about outcomes and improving outcomes. Structural racism affects outcomes. My goal is for us to give guidance for The Trust on what we can do. I look around the (Zoom meeting) and see people of goodwill and I believe we are in a position of influence and to give this organization guidance on how to move forward,” said Board of Directors Chairman Kenneth Hoffman.

Although the meeting was a chance for board members to speak openly about their experiences and the historical context of racism and social injustice, Kendrick-Dunn also emphasized approaching the issue through an evidenced-based perspective, as The Trust typically does.

“I think this is a beginning of looking at root causes. Feelings are great but where is the evidence. There is plenty. Some of the root causes we see in society are steeped in systemic ways in institutions,” she explained. “It’s important to be honest with ourselves, I know it’s uncomfortable. If we don’t do the uncomfortable work, children will suffer. We are their stewards.”

“I think what is evident is that we are living this. This our legacy, our family history. Research shows that as early as 18 months, children understand differences in skin color, and that biases can take hold as early as 3 years,” Hollingsworth said.

Board Member Constance Collins acknowledged that while the dialogue might be difficult and painful, it was long overdue. “I know we are all hurting. It’s visceral. We have to do better. That is part of why this conversation is happening, we all want to do better. The way forward is predicated on recognizing the depth of historical wounds and persistent and pervasive, racism, violence and inequity in our country. We have to find ways to support our children, their healing, growth and their future,” she said.

Collins suggested that The Trust have deeper conversations with providers, especially in marginalized communities, and that more investment in communities of color was needed. Later in the meeting, Board Member Daniel Bagner recommended bringing in providers to hear their perspective.

“We have to talk with frontline providers who are black and are serving the community. We need to hear from them about what our services look like,” Bagner said.
A guest at the meeting, Dr. Walter T. Richardson, a pastor and senior chaplain for the Miami-Dade Police Department, talked about how The Trust could advocate for curriculum change at Miami-Dade County Public Schools at which point Board Member and School Board Member Dorothy Bendross-Mindingall informed the committee that she was sponsoring an item  addressing racism in the district’s curriculum for discussion this week School Board meeting.

Toward the end of the meeting, Board Member Nelson Hincapie summarized the purpose of this initial committee meeting after speaking of his own challenges as an immigrant.

“I think this is where conversation begins. Healing begins with dealing with our own pain. There is a lot of healing that has to occur, to make sure every child in this community has the opportunity for success.”