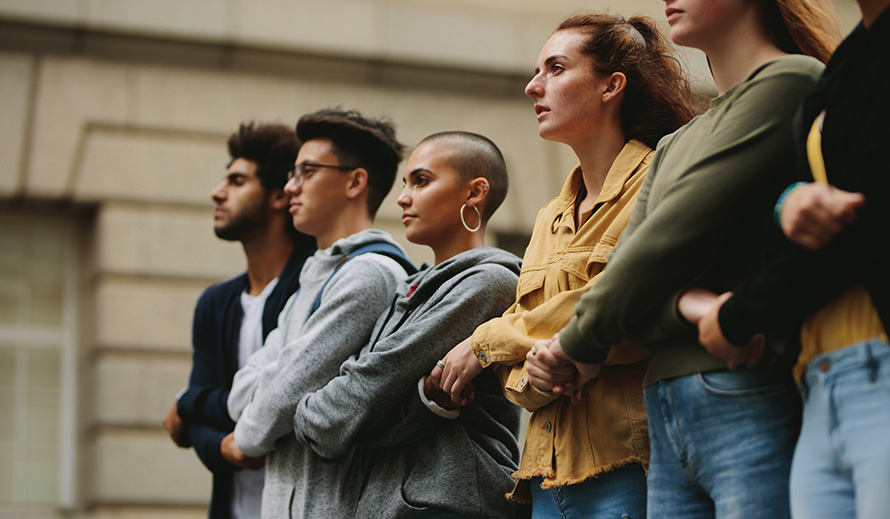 Getting Our Kids Ready for a Summer of Volatility

Race, coronavirus and politics could dominate our children’s summer

The most volatile year of our lives, just got even more flammable. Still struggling to prepare for a summer in the midst of a coronavirus pandemic, the country has been thrown into further chaos with public demonstrations, rioting and looting resulting from the tragic death of an African-American man in Minneapolis.

Keeping our kids safe and looking out for their well-being is always a challenge in the summer. But this year, the stakes are exponentially higher. Add to that a hostile political climate that threatens to get worse in the coming months ahead of the presidential elections in November, and where do we even start with trying to get a handle on the summer? It’s a tall order, but one that can be managed with patience and communication.

Stay Real and Be Honest About Race
For many of us in Miami-Dade, it is inescapable that there will be fear, uncertainty and danger in our lives this summer. Ignoring those realities and failing to address them with your children not only procrastinates conversations that you will need to have with them eventually, but also could be dangerous.

Much of the country, including Miami-Dade County has experienced considerable civil unrest over the past week-and-a-half. Explain to your children what has happened, or risk other fountains of information doing it for you. Although it is difficult to explain the subtleties of racism and race relations, simplify it and remember to do the following: encourage questions, set a good example, don’t sugar-coat tragedy or wrongs, learn about other cultures, and explore your own heritage. It’s okay to talk about race and social injustice with your children, so long as you do it in an age-appropriate manner.

Miami may be among the most diverse cities in the country, but it has its own history of rioting over police violence in 1980 and 1989. The Children’s Trust held its own Social Equity Day in February to advocate for action and has a follow up planned for later this year. But you cannot wait for that to address the issues with your children. It is important for them to learn about the history of race in their community from those they trust if they are to understand it, learn to be tolerant and empathetic to all people, and remain safe.

Getting Out in the Summer
Despite the ongoing threat posed by the coronavirus pandemic, Miami-Dade residents, young and old, will be increasingly venturing out in to public during the summer, whether by choice or necessity. If you and your children’s summer plans include increasingly going out in public, then you should make your children aware of the possible environment and challenges they will be facing. That is no small order as regulations vary from city to city in some cases.

Still, it is important to keep on top of the latest news with regard to health guidelines and restrictions. For parents who can work from home and are simultaneously caring for their children, the question becomes a personal one: when do they feel comfortable going out to parks, beaches and businesses with their children?

For many others, however, economic or career conditions require them to go back into the public workforce. That means many of their children will be required to return to child care centers, summer camps and other public venues. Fortunately, The Children’s Trust has been intricately involved in crafting the recommendations for the opening of such centers with President and CEO James R. Haj named as chairman of Mayor Carlos Gimenez’s Task Force on Childcare Facilities, Summer and Sports Camps and After School Programs. Trust staff was also intimately involved throughout the drafting of the process.

The county recommendations will be widely available for service providers and parents soon and will provide strict safety guidelines for sports and summer camps, regulations for child care centers to provide peace of mind for parents to be able to get back work or look for work, as well as an emphasis on personal responsibilities on behalf of both parents and providers to adhere to protocols to ensure safety.

I've signed Amendment No. 2 to Emergency Order 21-20, which allows summer camps and youth sports to be conducted under certain social distancing and safety rules. It also permits dog parks to re-open on June 8th. https://t.co/PaLZtU8pAi

Navigating Increasingly Turbulent Political Waters
If we are lucky this summer, the civil unrest and pull of the pandemic will go dissipating with the passing of months. What likely won’t subside anytime soon, however, is the level of divisiveness likely to overcome the country as the November presidential elections approach.

With less to do than during a normal summer, kids will likely have more time to start to absorb the political divide, for better or worse. That could be a negative if you don’t get involved as one study conducted by several universities found that children demonstrated interest and knowledge about elections and candidates, but many had gaps in their knowledge and that more input and guidance from adults was needed.

Be ready with a plan on how to handle it. Especially with younger children, consider a “less is more” approach, giving them a moral framework and teaching tolerance to different points of view. Resist giving them too much anxiety-inducing information. You should encourage your children to ask questions and form their own views, and if you are looking for help feel free to turn to books like What Can A Citizen Do? by Dave Eggers, Bad Kitty for President by Nick Bruel and One Vote, Two Votes, I Vote, You Vote by Bonnie Worth. There are also a plethora of websites dedicated to explaining politics to kids, including several here.

When the negative ads start flowing on television and social media, as many already have, discuss them with your children and tell them why name-calling and bullying is not appropriate. Watch the news together, so you can simplify complex issues and talk about the importance of trust, honesty and respecting others’ opinions so that they understand that good people can disagree on politics but do so with respect and love.

It promises to be a summer the likes of which we’ve never seen before but if you keep your eyes on your kids, engage them and spend time with them, it may be memorable for positive reasons as well as negative ones.