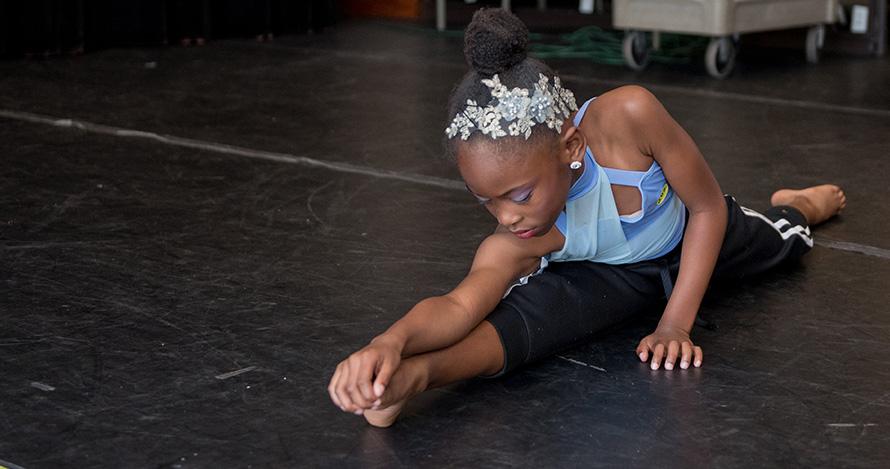 The search for Miami's top talent for kids 8-17

Actors’ Playhouse at the Miracle Theatre, together with presenting sponsor The Children’s Trust, are proud to announce live auditions for the 12th anniversary of Young Talent Big Dreams – the most widespread, local FREE youth talent competition in Miami-Dade County. Kids between the ages of 8-17 are invited to showcase their talents and compete for prizes ranging from cash awards and performance opportunities to performing arts scholarships sponsored by SouthState Bank, Coral Gables Community Foundation, and the Coral Gables Rotary Club. The grand prize winner will receive $500 in cash provided by Actors’ Playhouse, and four tickets to Universal Orlando along with a hotel stay for two nights courtesy of WSVN 7News.

The talent competition will feature a total of six individual categories including pop/rock/rap vocals, musical theatre/jazz standards/classical vocals, dance, musical instrument, original spoken word and original vocal and/or instrumental composition. Categories for groups of six or fewer members include dance, musical instrument/bands and vocal groups. Participation in the competition is free of charge and limited to residents of Miami-Dade County.

Young Talent Big Dreams is modeled after reality TV talent shows that offer similar opportunities to contestants through a series of auditions, performances and professional mentoring. Judges include a host of local celebrities and professionals from Miami’s performing arts community.

Past winners of the competition include Zachary Roy who reached the semifinals on Season 15 of NBC’s America’s Got Talent, Joana Martinez who achieved a Top 10 placement as part of “Team Gwen (Stefani)” on Season 17 of NBC’s The Voice, Angelina Green who went on to earn the coveted golden buzzer from judge Heidi Klum on Season 12 of NBC’s America’s Got Talent, and Gino Cosculluela who brought home the third-place title on Season 16 of Fox’s So You Think You Can Dance and is currently starring on Broadway as Tommy Djilas in The Music Man alongside Hugh Jackman.

“I am always in awe of the outstanding talent participating in the Young Talent Big Dreams contest, and of the participant’s self-confidence and stage presence,” said Barbara S. Stein, executive producing director of Actors' Playhouse at the Miracle Theatre. “The event motivates participants to work towards goals that will expand their experiences through many life-cycle events, if not exceptional, successful careers in the arts. We are proud of our 12-year partnership with The Children’s Trust, and many other supporters, in allowing this program to grow and benefit so many individuals.”

“As we look at our previous winners and how successful they’ve become, we see how important it is for children and teens to have access to high-quality artistic programming. It has really solidified the value of Young Talent Big Dreams as an outlet for our youth to express themselves and let their talent shine,” said James R. Haj, The Children’s Trust president and CEO. “Miami-Dade is home to so many inspiring artists and talented musicians, the next big star may be discovered right here.”

The countywide competition begins on February 13, with preliminary auditions taking place through April 24 at three local theatres. It concludes with semifinals on May 7 and 8, and finals on May 14 at the Miracle Theatre. A total of six preliminary auditions will take place in locations throughout Miami-Dade, including The Miracle Theatre, Miami Arts Studio, and Little Haiti Cultural Center. Participants may compete in one individual and one group category only, and those who preregister will be given priority audition times.

Each act will be allotted up to one minute during their preliminary audition performance and two minutes for the semifinal and final-round performance. There will be a maximum of nine winners and one grand prize winner chosen during the finals.

On-camera and in-person interviews are available with representatives from Actors’ Playhouse, The Children’s Trust, judges, contestants and their parents, beginning with the first audition round on February 13. Virtual interviews may also be facilitated with advance notice.