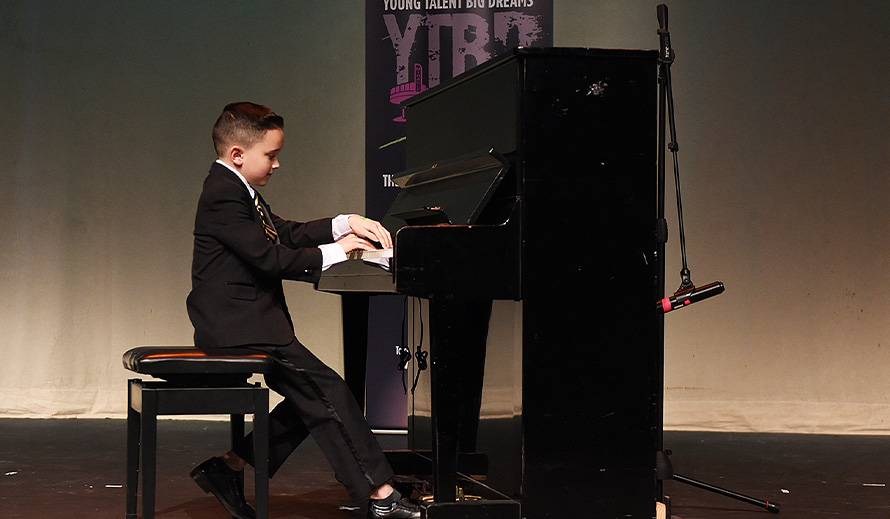 As a packed house enjoyed Mama Mia on the Mainstage at Actors' Playhouse at the Miracle Theater on a late January Sunday, there was even more precocious talent on display upstairs in the Children’s Theater.

There was 9-year-old Isabella Velasquez’s booming voice that threatened to drown at the musical downstairs, while 16-year-old Pablo Amat gave a sampling of an original composition he composed on vocals and piano about street artists in New York.

Dance anyone? How about 8-year old Pamela Rose Hall contorting gracefully, while Gabriela Guedes (12) and Mia Iglesias (14) gave glimpses of the talent they possess.

Don’t forget Leila Boyer, 11, who approached the stage shyly and introduced herself with barely a whisper; before unleashing a musical-ready voice that riveted judges and those watching to their seats.

The best part? The performers mentioned and a healthy handful more were just giving a preview of their real talents during the first of the 10th Anniversary Young Talents Big Dreams auditions on January 26. They made the semi-final round, but many more will be joining them.

The real deal gets started during the semi-finals on April 25, with the finals the following day Sunday, April 26. But before we get there, there are plenty more chances for all Miami kids, ages 8-17, to show off their skills in individual categories like pop/rock/rap vocals, musical theatre/jazz standards/ classical vocals, musical instrument performance, dance, original spoken word/poetry/prose performances, original composition, dance group, instrumental group/bands, and vocal group. For more information on audition dates and locations or to register, visit Actors' Playhouse.