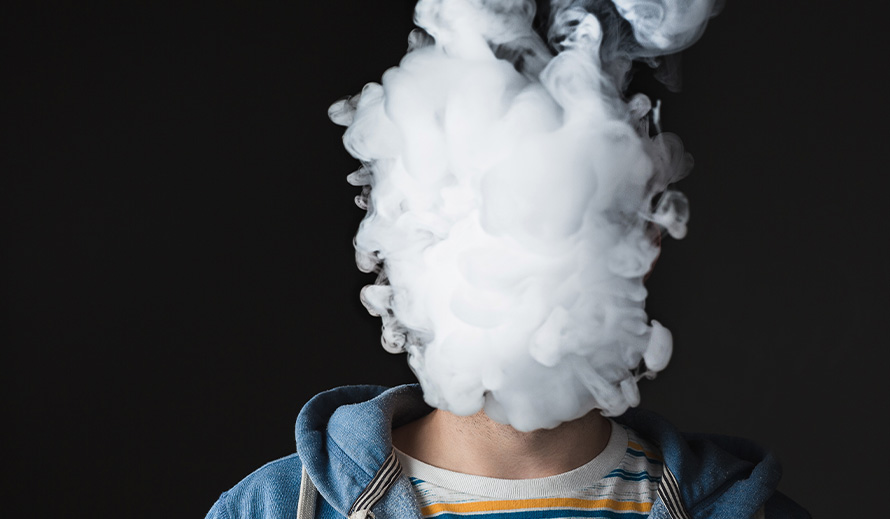 By now you’ve seen news of the scary effects of vaping and the disproportionate numbers of our children who are engaging in the habit across the country. But despite the onslaught of information and stories, our kids are still vaping. In Miami-Dade County they are doing so more than ever. This, even though Congress recently passed a ban on the sale of e-cigarettes to anyone under 21 in December.

According to a study conducted by the University of Miami’s Area Health Education Center, E-Cigarette Use in Miami-Dade County has skyrocketed over the past decade with the percent of students who have used an electronic vapor product in the past 30 days going from 2.60 percent in 2012 to 16.50 percent last year.

“A lot more of nurses (at school health clinics) are saying vaping is a huge problem,” said Sabine Dulcio, Associate Director of Programs at The Children’s Trust, during a meeting in December to address the issue. Of particular concern is the marketing of different flavors for e-cigarettes, a not-so-subtle ploy to attract younger users. The percentages of students in Miami-Dade who have used E-cigarettes with Marijuana (or CBD) oil is gen greater with just under 30 percent of all middle school and high school students saying they have tried it.

The situation across Florida is similarly distressing with 17 percent of all middle schoolers and high schoolers saying they had used an electronic vapor product in the last month and a quarter of that same group saying they had tried E-cigarettes with marijuana oil.

As troubling as the high use of e-cigarette’s among our youth is, just as problematic are parents’ seeming ignorance to the possible dangers of vaping. “School administrators are reporting that even when they take the (e-cigarettes) away, parents come in and take them back. Parents are under the misconception that this isn’t going to hurt their children but we know that isn’t true,” Dulcio said.

Trust Board Member Daniel Bagner said that child welfare agencies need to address the issue even before high school since use of e-cigarettes stars disturbingly early. “This stuff is starting early. Kids in early middle school are starting to use these,” he explained. “If we want to think about prevention we have to get in early.”

While The Children’s Trust is looking at taking strong action to curb the use of e-cigarettes in Miami through campaigns and education next year, parents must act quickly to make sure their children don’t pick up the habit, or if they already have, help them stop. The first step is always to talk with your children. Explain to them that e-cigarette’s are not harmless – they contain nicotine which has been shown to harm the developing brain during adolescence. Other harmful ingredients include ultrafine articles that go deep into the lungs and cause problems with breathing and chemical flavorants which cause lung disease.

“A lot more of nurses (at school health clinics) are saying vaping is a huge problem,”

Parents are also encouraged to set an appointment with a health care provider that can tell their children about the risks associated with e-cigarettes and with school administrators about enforcing tobacco policies.

Parents can also call 2-1-1 to hear about other resources to help prevent or stop e-cigarette use and other addictive tendencies.