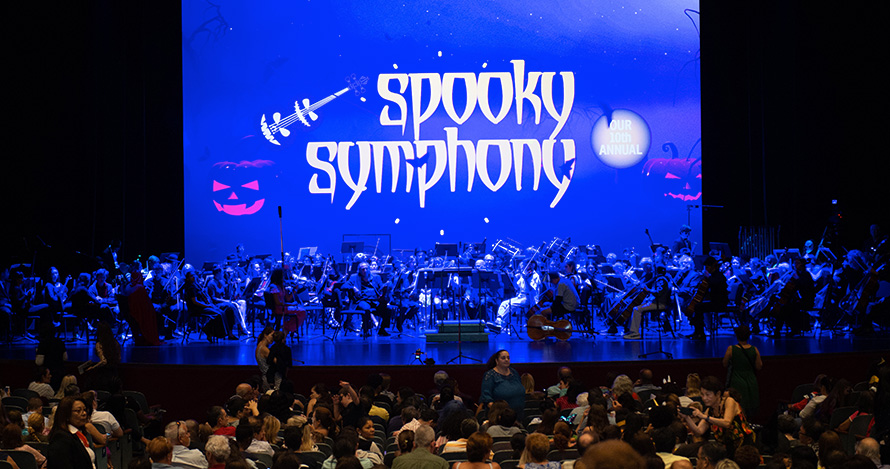 Spooky Symphony is Back with In-Person Concert

The hairs on your arms are standing, goosebumps are bumping and that chill you feel running up the back of your neck can mean only one thing – the Spooky Symphony is back, and in person for its 12th year at 4 p.m., Sunday, October 24.

Like so many fun things last year, the Spooktacular Spooky Symphony, presented by The Children’s Trust, went virtual. But this year, the scares return to the Miami-Dade County Auditorium in person with the best of both worlds during a one-hour concert that features the Alhambra Orchestra and Greater Miami Youth Symphony.

Movie themes will be featured during this Spooky Spectacular with the music from Superman, Batman, Pirates of the Caribbean and more. As always, those in attendance are invited to come in costume to add the revelry and create an even more festive ambiance.

“As society moves closer to the way things were before, we are thrilled that the Spooky Symphony can be celebrated in person,” said The Children's Trust President and CEO James R. Haj. “Some things just aren’t the same when done virtually, and hearing the amazing orchestras we have performing these popular themes in person reminds us of that.”