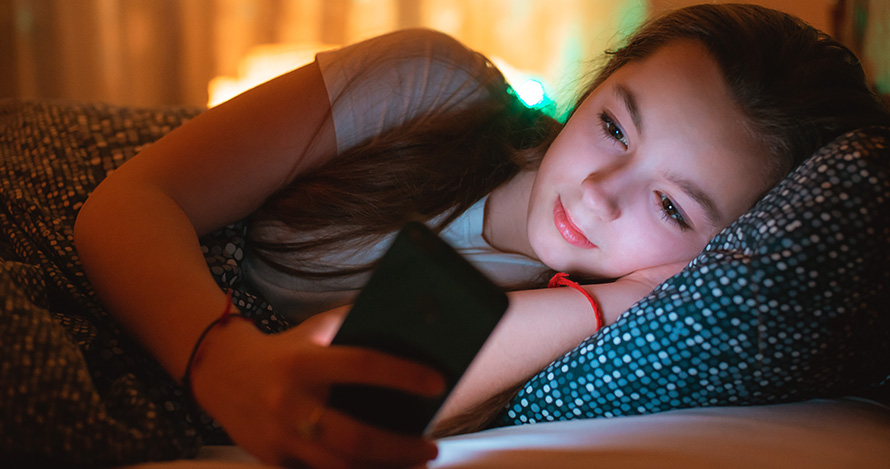 Signs Your Children are Addicted to Their Screens

And ways to break the habit

With schooling, gaming and social interactions largely depending on the digital world during the pandemic, it’s easy for children and parents to overdo it. But how much is too much?

According to market and consumer website Statista, as early as June 2020, the number of children from birth to 17 years old who used electronic devices more than 4 hours a day more than doubled (from 21 percent to 44 percent). The biggest jump came in children from 5-10 years old, who increased from 17 percent to 44 percent. For children 5 and under, the World Health Organization released a guide for screen time (spoiler alert, it’s less than an hour!).

The results of too much screen time can be scary. A study by the National Institutes of Health (NIH) showed children who spent more than two hours a day on screens scored lower on language and thinking tests. The same study found that some children who spent more than seven hours a day of screen time experienced thinning of the brain’s cortex, which controls critical thinking and reasoning.

There are several signs that your children’s screen usage has entered into the obsession/addiction territory. Look out for these:

Loss of interest in other activities. Has your child’s screen addiction caused them to stop doing other things they used to enjoy, like sports, reading or spending time with friends and family?

It’s all they think about. Even when your child is not on a digital device, do they speak mostly about their digital experiences?

Can never get enough. Does your child complain about wanting to spend more time on their devices, even after spending several hours on them.

Deceptive about digital. Has your child gotten on their devices secretly even when they’ve expressly been told not to?

Steps to Take to Break the Screen Time Addiction

The first thing to do is to establish a schedule and stick to it. This will likely be met initially with complaints (even tears, sometimes) but soon your child will know their limits and hopefully abide by them. Designate no screen time hours when your child should be reading, playing with siblings or doing other activities.

An even more positive way to limit screen time and counteract dependence on it is to make sure your children are getting out and doing physical activity. Involvement in team or individual sports is again thriving, but even less time intensive or alternative methods can do the trick. Take your dog on a long walk, go to park or even visit a mall.

Not including movie night, family time should be devoid of screens completely and represents another option for moving away from the digital world. Making the effort to eat meals together, even if schedules only permit it once or twice a week, should be a priority. Better yet, involve your children in preparing the meal. If they are old enough, they can help you cook. If not, have them set the table.

Game nights should include old fashion board games or even charades. Though your children might resist initially, parents will likely discover children are more than willing to play with them if they are as into it as they want their kids to be.

Finally, parents need to practice what they preach and talk to their children about the dangers of too much digital. Asking kids to get off of their iPad, computer or mobile devices when parents themselves are stuck on them is not likely to work. Having an open and honest discussion about the dangers of diving too deeply in the digital world could make all the difference.