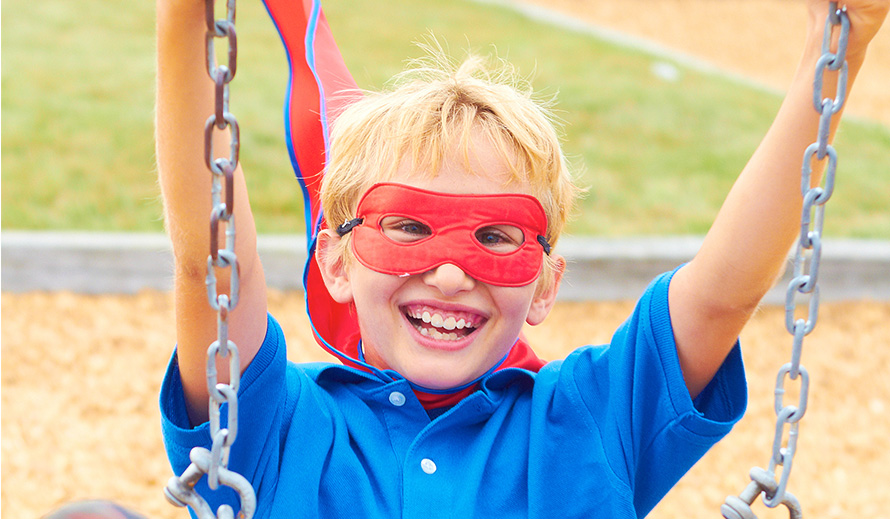 Encourage Them to See That the Glass is Always Half Full!

The world needs optimists, now more than ever. Optimism, or the conviction that things will work out in the end, is a cornerstone of resilience and an asset in achieving any kind of success. In fact, research shows that optimists - simply by believing that they can reach their goals - are in fact more likely to do so. They're also less likely to get depressed, contract fewer illnesses, have longer relationships and live longer.

Evidence indicates that optimism is an inherited trait, and it's known that just as there is a biological basis to depression, there are those who possess an innate tendency to be upbeat. But when it comes to determining whether optimists are born or made, the great news is, it's both.

Children learn at an early age how to view the world and its potential from the people around them, so a practical, positive parent can easily influence a child to interpret events in a better light. Findings from cognitive therapy show that we can change the way we talk to ourselves about events and how we interpret them, which has a direct impact on our emotional reaction to our experiences.

The bottom line is this: even if you're born with a tendency toward pessimism, you can greatly increase your optimism quotient. And you can do that for your child, too. Simply…

Note How They See the World
Is the glass half full or half empty? When something bad happens, do they see it as exemplary of their entire life, and do they think the misfortune is pervasive, permanent and personally directed at them? If so, the refrain "Why does this always happen to me?!" may be familiar. But recognizing pessimism in your child is no reason to fret when you know you can help them overcome it.

Confront Pessimism
Pessimists think catastrophically and expect bad things to happen. For example, they might say, "I won't make any friends at this new school. No one is going to like me!" To combat pessimism, parents can challenge the four thought patterns that lead to negative thinking: permanence, this always happens and always will; pervasiveness, nothing ever goes right; personal, this always happens to me; and powerlessness, I am a victim.

Teach Optimism
The trick is to remember that you can perceive a setback any way you choose, so teach your children to see stumbling blocks as temporary, isolated (in other words they don't indicate anything about any other part of their life), not personal, and within their power to fix. Certainly, some misfortunes are just bad luck and could happen to anyone. But setbacks are often self-inflicted, reflecting how a child chose to act, rather than indicate some inherent flaw. For example, they failed a test because they didn't study, not because they always fail tests and always will. Help them recognize the difference.

Reset Their Thinking
The next time your child suffers a disappointment, discuss the specific reasons why it happened; brainstorm any actions they can or could have taken to change the situation; and identify the cause that led to the outcome. Remind them that there will be times when they can affect those factors, which means they can make the outcome better. Other times they won't be able to, and should know that whatever happened really was just an isolated bad break.

Squash Negative Self-Talk
The problem with self-talk is that when you hear it, you act as if it were true. Cognitive therapists teach pessimists to confront this kind of thinking by a three-step process: Notice it, Externalize it, and Dispute it (NED). So when you witness your child engaging in negative self-talk, urge them to treat it as if it were said by an external person whose mission in life is to make them miserable. (Some kids call him NED!) Then, encourage them to dispute that naysaying voice out loud, just as they would a real person who's unfairly or falsely accused them of something they aren't guilty of.

Exhibit Model Behavior
After circling the parking lot for five minutes with your kids in the car, do you say, "I know we'll find a parking space soon!" or "We'll NEVER find a parking space - I knew this would happen!"? Your view of the world and your prospects within it communicates itself to your children daily. So if you want to help your child become more optimistic, experiment with learning to be more optimistic yourself.