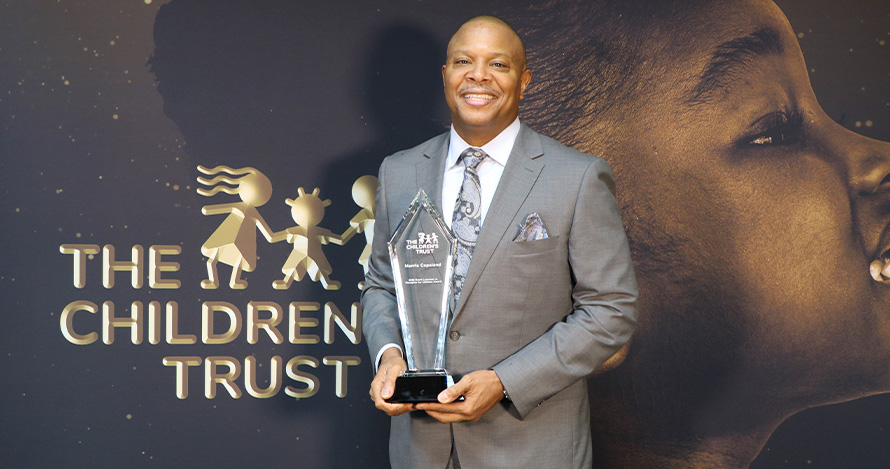 Growing up in Liberty City, Morris Copeland saw firsthand the challenges facing Black youth in the inner city and the difficulties sidestepping trouble on the way to adulthood. Even with supportive and well-grounded parents, Copeland’s life could have ended after an altercation left him looking down the barrel of a gun, only to be spared by the assailant. What could have been the end for a 13-year-old kid, turned out to be the moment that changed his life.

Copeland redirected his efforts down a path his parents would be proud of, excelling at school, in sports, academics and socially. He landed a football scholarship and attended college out of state. His time at university further cemented his leadership skills and when he graduated, he returned to the community he grew up in determined to make a difference for children like him who made a bad decision but deserved another chance.

“Children may do bad things but it doesn’t mean they are bad people. They can change (and) can be rehabilitated. They can do some amazing things if given some opportunities,” Copeland said. During the entirety of his professional career, he has been at the forefront of providing those second chances, most prominently as the director of Juvenile Services in Miami-Dade. Perhaps most notably under his tenure, the number of children being arrested dropped by almost 70 percent, as he worked with community partners to present alternative options for those youth.

His dedication has made a real impact in the community and the empathy, perseverance and talent Copeland has demonstrated over the long haul has not gone unnoticed. Miami-Dade Mayor Daniella Levine-Cava recently tapped Copeland to become the county’s first-ever Chief Community Services Officer, who will oversee a litany of departments, including, of course, Juvenile Services. He was also recently named to serve on The Children's Trust Board of Directors and late last year Copeland was named as The Trust’s 2020 David Lawrence Jr. Champion for Children honoree.

His experience making a difference will be called on again, but Cathy Burgos, acting director of Juvenile Services, believes Copeland is more than up to the task. “He is never afraid to make change, and as a change agent, you not only have to be dedicated but you have to be brave. And that he is,” she said.

“He is a man who never gives up on children, (he is) devoted to serving and improving the lives of at-risk children and done so for more than three decades,” said David Lawrence Jr., the founding chair of The Children’s Trust, whose name adorns the premier Champions for Children award.

Wherever Copeland’s career takes him, his lifelong work will continue. “We have to continue to focus on our children because every single last one of them has potential to be successful if given the right opportunities, tools and support,” he said.