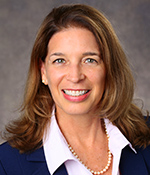 Joanna joined The Trust in February 2006 as a Contract Manager working with Service Partnerships and Youth Development. In June 2010, she began taking on the responsibilities of human resources and shortly thereafter was promoted into her current position. She is certified by the Human Resource Certification Institute (PHR) and the Society of Human Resource Management (SHRM-SCP); and is member of SHRM, the local chapter GMSHRM, and the International Public Management for Human Resources (IPMA- HR). Prior to joining The Trust, was the director of community development at the City of Miami Beach and as the grants administrator for the City of South Miami. She is a returned Peace Corps Volunteer having served in the west African country of Sao Tome e Principe.