Affiliation:
Chief Judge of the Unified Children's Court of the Eleventh Judicial Circuit Court of Florida, or designee
Nominating Committee 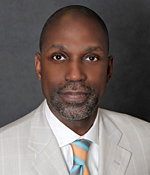 Hon. Orlando A. Prescott, the administrative judge of the Unified Children’s Court of the Eleventh Judicial Circuit Court of Florida, Miami-Dade County, joined the Children's Trust board originally in September 2009 and again in January 2017. Judge Prescott began his career as an Assistant State Attorney in Miami. He later served as Assistant United States Attorney for the Southern District of Florida and, in 1999, was promoted to the position of deputy chief of the Major Prosecutions Unit. In July of 2000, the judge was appointed to a County Court seat in the Eleventh Judicial Circuit and in 2005 was elevated to a Circuit Court seat in the Eleventh Judicial Circuit to preside over juvenile and criminal felony cases. Judge Prescott is currently a faculty member for the Florida Judicial College and a presenter at Advance Judicial Studies. The judge is active in 100 Black Men of South Florida, and serves as an advisor to the Board of Directors of Greater Miami Service Corps and also for Drug Free Youth In Town. In August of 2009, Judge Prescott was appointed by Chief Judge Joel Brown to serve as the Administrative Judge of the Juvenile Division. Judge Prescott earned his Juris Doctor degree from the University of Florida in 1984. He is married to Michelle A. Prescott and the proud father of three children. Term: Serves as long as designated by the Dept. of Juvenile Justice