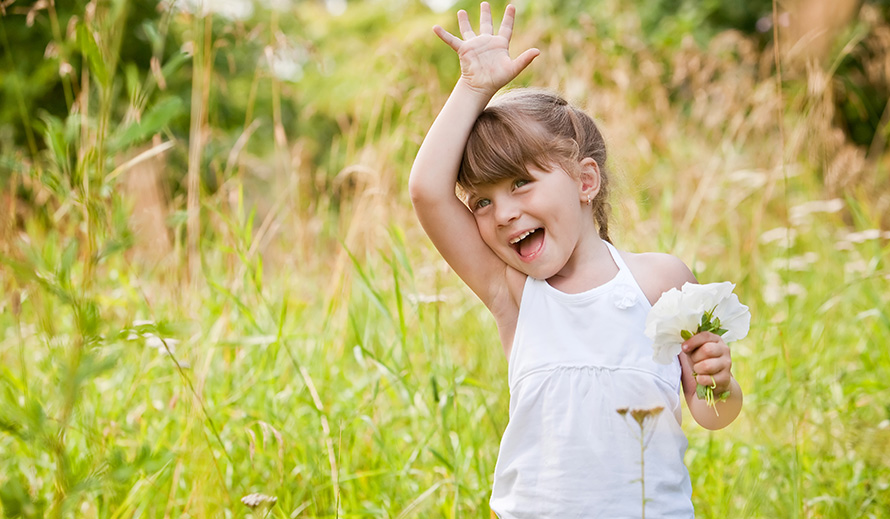 Nail-biting, bed-wetting, whining… don't despair! You can overcome these developmental setbacks with insights from the experts.

Children, like adults, are creatures of habit who take comfort in the familiar – for better or worse. And although most kids’ bad habits are developmentally related and disappear over time, behaviors that persist, are injurious or intensify should be addressed. In such cases, child development professionals suggest parents pinpoint the underlying cause, search for a solution and offer lots of support and encouragement.

Identify the root. “When looking at a habit, parents need to remember their child’s behavior has a purpose – it’s serving a need,” says Laura Morris, an associate director of a busy preschool. “Many children engage in habits for comfort or to help them cope with stress, fear or anxiety. Some do it out of boredom or to get attention. It may even spring from a need developed during infancy that lingers on.”

That was the case with Celine’s son. Somewhere between his first and second birthday, he developed a speech delay and that’s what triggered the trouble. “Because he couldn’t communicate, his reaction was to strike out,” she says of her now 4-year-old. “Several months later the speech issue was addressed, but the hitting continued and became something he did when he was bored, tired, frustrated or wanted something I wasn’t giving him.”

Be proactive, yet patient. To bring about change, parents must adopt a take-charge attitude. “Look at the situation when the behavior is occurring and determine what’s causing the child to act this way,” says Morris. “Once parents discover a pattern, steps can then be taken to help the child decrease the need for the behavior and find a more acceptable action to replace it.”

While harmful habits will call for a more immediate intervention, a wait-and-see approach can work in favor of less troubling behaviors. “One of the biggest skills we teach is to ignore and notice,” says parent educator Wadine Toliaferro. “Ignore any behavior that is not destructive to the child or others, and notice and verbally express behaviors you want to see demonstrated.”

Downplay your concern. This was the course of action Jenny took when she noticed a change in her daughter’s sleeping habits. As a young preschooler, Ava slept through the night. But around age 3, she started waking up a few hours after being put to bed and camping out in the hallway.

“Rather than make a big deal about it, we would casually encourage her to stay in bed all night when we tucked her in,” explains the mother of her now 5-year-old. “Then if we found her asleep in the hallway, we’d just wake her up and put her back to bed.”

The habit continued for several months until the family went on vacation. Then, for no apparent reason, Ava abandoned her hallway slumber. But her sleep issues were far from over.

“When she was about 4, she started waking up in the middle of the night again, coming into our room and either curling up at the foot of our bed or stretching out on the sleeping bag rolled up in the corner of our room. Again we took a passive stance. It wasn’t happening every night, so we just reminded her we’d like her to stay in bed all night, but didn’t make a big deal out of it.”

Ask them for help. “One way parents can help a child break a bad habit is to get their input,” says Toliaferro. “Ask them why they think the behavior is happening, then work together on solutions to bring about change.”

Jenny did this to tackle Ava’s late-night wanderings. After she stashed away the sleeping bag, “Ava asked what had happened to it,” she says. “I told her I had put it away because she should be sleeping in her own bed. Then I asked her why she thought she needed it and she said, ‘I’m scared.’ I reminded her there was nothing to be afraid of, then casually walked her back to her room and put her to bed.”

Hit the books. Celine faced her son’s issue with tailor-made resources. “I was in a store and saw this book, Hands Are Not for Hitting, so I brought it home and I began reading it every night with my son. It explains what hands are supposed to be used for, and it seemed to help a lot,” she says. “After about a month, I slacked off reading it. But whenever the issue crops up, we pull out the book and go over it again.”

Pave the way to progress. Once the habit has been addressed and steps have been taken to alter the behavior, use positive affirmation to provide continual encouragement. Rendering rewards may be helpful too. Most important, be consistent with expectations and patient in the process. Remember new habits must be established before old ones can be eliminated.

“This past New Year’s Eve, my son and his cousin were at the top of the stairs and she was trying to prod him down, but by accident he fell,” says Celine. “While we were consoling him, he turned to his cousin and said, ‘Hands are not for hitting, just like my book says!’ and I was shocked. I guess it really is beginning to sink in.”