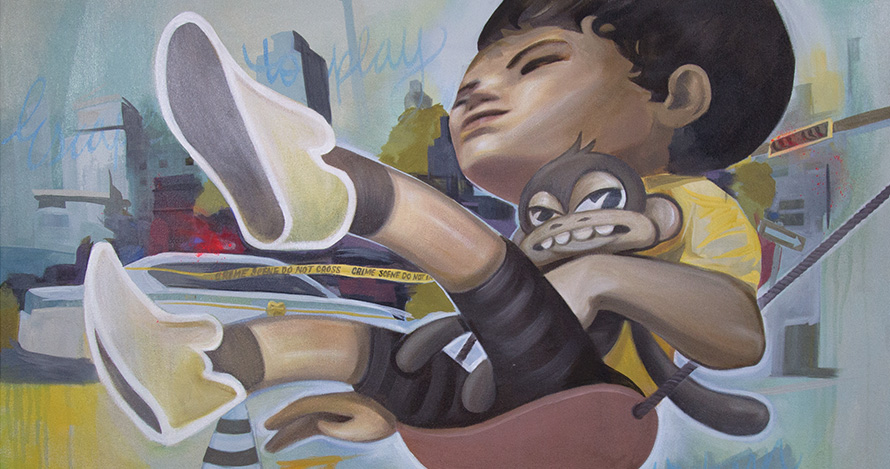 Miami, FL – The Children’s Trust will celebrate the people and programs improving the lives of children and families in Miami-Dade County at the 12th Annual Champions for Children Awards Ceremony on Friday, August 25, 2017. The event will see Congresswoman Frederica S. Wilson accept the prestigious David Lawrence Jr. Champion for Children Award, for lifetime achievement and dedication to children, in particular our community’s most vulnerable.

Champions for Children, often called the “Oscars of Child Advocacy,” celebrates unparalleled achievement in serving the community by honoring local industry “stars.” It is a signature event amongst Miami-Dade’s robust network of child and family advocates, and inspires others to follow in the footsteps of those who have reached the highest levels of excellence in service. The celebration, to be held from noon to 1:30 p.m. at Jungle Island’s Treetop Ballroom, features an urban theme this year, utilizing bright colors and street art inspired by and crafted in Miami.

“Recognizing the life-changing efforts of local pioneers – from elected officials to innovative programs to people in the trenches with children every day – is an essential part of our efforts to build momentum in our community,” says James R. Haj, president and CEO of The Children’s Trust. “This event is part of a bigger vision: to inspire nonprofits – both established and up-and-coming – to widen their reach, connect with trailblazers and continue their vital work in Miami-Dade County.”

In addition to performances by participants of the Young Talent Big Dreams youth performing arts competition, this year’s awards ceremony will feature an auction of original work by Miami-based artist Daniel “Krave” Fila, the proceeds of which will benefit The Children’s Trust. Fila, a multifaceted artist, is best known for his large-scale murals found throughout Miami, as well as his work for the Ritz-Carlton Palm Beach, MTV, Greyhound and SLS Hotel Miami Beach.

• Congresswoman Frederica S. Wilson, David Lawrence Jr. Champion for Children Award: Congresswoman Wilson is an educator and principal at heart, as evidenced by her continued advocacy for at-risk children, including her global outreach in the Bring Back Our Girls campaign to return the abducted Chibok schoolgirls to their families. Wilson, who serves on the House Committee on Education and the House Committee on Science, Space and Technology, is perhaps best known in Miami-Dade for founding the nationally recognized 5000 Role Models of Excellence Project, which inspired President Barack Obama to launch the My Brother’s Keeper Success Mentors Initiative.

• Florida State Senator René García, Excellence in Public Policy Award: Receiving this honor for the second consecutive year is a testament to Senator García’s commitment to children and families. His latest achievements include a human trafficking bill that revised reporting requirements of the Florida Department of Children and Families to reduce the risk to children who have been victimized from returning to unsafe circumstances. Sen. García also introduced this past legislative session an ultimately successful child welfare bill to help children in foster care, as well as make the child welfare system more accountable.

• Andrea Fletcher, Children of Inmates, Excellence in Direct Service Award: Fletcher’s work facilitating reunions between children and their incarcerated parents at Florida Department of Corrections facilities and the Miami-Dade County Jail has seen countless families reconnect and build stronger bonds. For a decade, Ms. Fletcher ran a weekly peer support group for children and caregivers with an incarcerated parent, while working with new and existing clients in the program, coordinating child-centered quarterly bonding visits and mentoring countless social work interns.

• A.B.F. Learning Center, Program of the Year: A.B.F. Learning Center provides culturally, linguistically and developmentally appropriate programs in a safe, loving environment that promotes active learning. This accredited program serves a unique population in Miami-Dade County, including families at the Chapman Shelter and at the Homestead Air Reserve Base, serving as what A.B.F. describes as “a bridge in the community.”

• AileyCamp Miami, Adrienne Arsht Center for the Performing Arts, Program of the Year: AileyCamp Miami, a full-scholarship summer camp for children ages 11-14, offers more than just dance classes – it empowers youth through creative and artistic courses to help students strengthen their self-esteem. In addition to learning a variety of dances, students learn about conflict resolution, health, nutrition and drug prevention awareness. AileyCamp Miami is a recipient of the 2016 National Arts and Humanities Youth Program Award (NAHYP), presented by the President’s Committee on the Arts and the Humanities.

• Unleashing Children’s Potential, United Community Options of Miami, Program of the Year: Unleashing Children’s Potential has been serving children with physical, intellectual and neurological challenges, as well as developmental delays and disabilities, for 13 years, with a focus on retaining academic strides over the summer months; providing activities that enhance cognitive, gross and fine-motor skills; and increasing communication, social/emotional and adaptive skills. Celebrating its 70th anniversary this year, United Community Options is one of the largest health care organizations in South Florida, formerly known as United Cerebral Palsy of Miami.

This year’s Champions for Children ceremony is at the Jungle Island Treetop Ballroom on Friday, August 25, 2017, from noon to 1:30 p.m.

To learn more about The Children's Trust or reserve your seat to the event, visit www.thechildrenstrust.org. For more information, call Sandra Camacho at The Children’s Trust at 305.571.5700; for media inquiries, please contact Meieli Sawyer at The Weinbach Group at 305.668.0070.