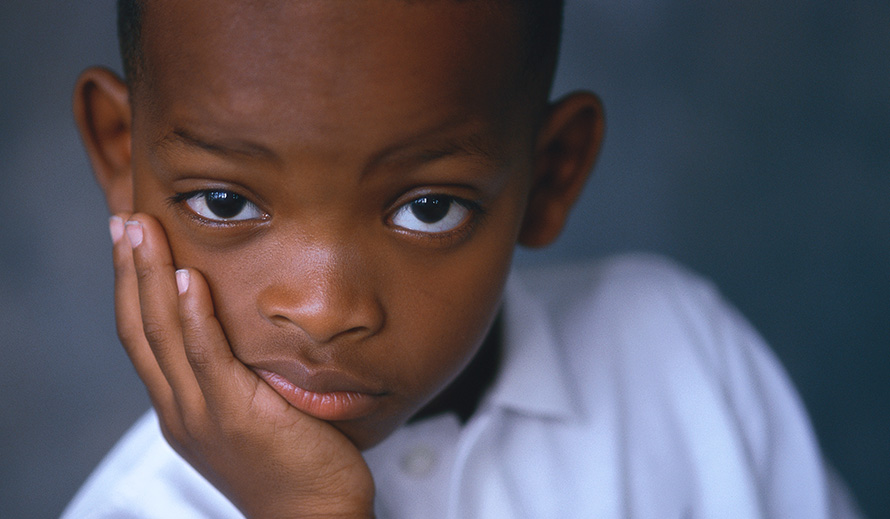 What happens when your child comes home crying because their classmate told them there’s no Santa? And how do you answer a 4-year-old who wants to know where babies come from? The truth of the matter is, what your kids are asking isn’t always so obvious. It can take some detective work on your part to tease out what they really want to know.

What’s Behind Those Big, Scary Questions
If there was a Top 10 list of the most difficult subjects kids ask about, “heading that lineup would be sex, death and religion,” says Susan Bartell, Ph.D., psychologist, consultant and author of The Top 50 Questions Kids Ask. But topics like these are not so easily discussed when children, especially young ones, lack the language skills to express their true concerns. More often than not, kids have no clue why they’re feeling anxious, asserts Allison Edwards, licensed professional counselor and author of Why Smart Kids Worry: And What Parents Can Do to Help.

A child who constantly asks about doctors’ appointments may well be expressing general fears about death and dying, for example. When you do uncover the underlying concern, acknowledging your child’s anxiety is the best – and simplest – way to respond. “By saying ‘I’m sorry you’re so worried about this. I wish I could make it better for you,’ you are connecting with and supporting them without making promises about something you have no control over,” says Edwards.

On the other hand, if your child asks a direct question about death, they may be worried that one of their grandparents – or worse, you – might die. “Don’t reply in a general sense,” advises Bartell. “Instead, answer in relation to their life. Try to see the world through the lens of their eyes to understand what they’re actually asking.” Often, they really want to know how they will be impacted.

Separating Fantasy from Reality
Part of your work as a parent is helping your child recognize the difference between their imagined fears and what’s real when they pose those hard-to-answer questions. “The recent wave of destructive weather has affected thousands of families and the constant media coverage has played upon young minds, leaving kids terrified that a hurricane will come and blow down their house,” says Bartell. “Explain to kids that certain circumstances are unusual and rare, and very unlikely to occur. You need to give them a perspective that’s grounded in reality and the reassurance that they don’t have to worry.”

Exploring Their Beliefs
With Christmas almost here, the question “Is there a Santa Claus?” is most likely being asked of parents in countless homes around the world. Like the most common queries, “Is the tooth fairy real?” and “Where do babies come from?”, your child may really be wondering many things, chief among them, “Can I trust you to tell me the truth?”

“Understand that what your child is asking you for is not factual information,” explains Bartell. “So you don’t have to answer with facts. It’s more helpful to explore with your child what they think and want to accept as real.” She recommends turning the question back to them, asking “What do you think? What do you want to believe?”

Kids are smart, she says, and in many cases, they won’t ask a question about Santa or the tooth fairy if they don’t want to know the answer. Should your child want to continue to believe that they exist, even though their classmates are saying they don’t, it’s important that you, as the parent, validate that belief – and don’t condemn what’s real or not real for them. “It’s about understanding what‘s important to your child,” stresses Bartell. “Let them know they can believe in Santa – or the tooth fairy, for that matter – as long as they want.”

Getting Past Your Discomfort
When it comes to those inevitable, nerve-racking questions about sex, telling your little one about a stork that drops babies off at doorsteps may make it easier for you in the moment, but, cautions Bartell, you’ll be doing your child a disservice. “The way a 4-year-old understands sex is different from a 7-year-old and a 12-year-old; therefore, it’s important to be sure you know exactly what your child is really asking you,” she says. “Share small bits of information at a time in an age-appropriate way. Don’t over-answer or overload them.” As kids get older and the questions about sex continue, “keep repeating the original answer,” she adds, “and build on it, again, in a way that’s appropriate for their age.”

As with any difficult or challenging question, the best response, concludes Bartell, is to push through the awkwardness and embarrassment and answer your child’s questions in a way that’s going to help them grow and develop into a healthy person. “Part of what helps kids mature is being able to resist believing what other kids say to them,” says Bartell, “and to think about what they believe and what’s important to them.”