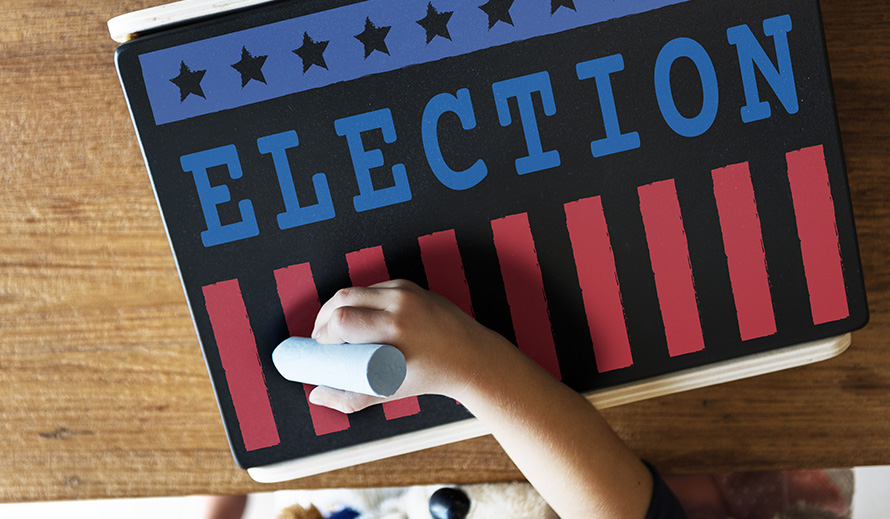 Home » About Us » How We Fund » Community Awareness & Advocacy » Advocacy

Make sure your voice is heard during these elections. We're including links and resources below to help you and your family stay informed during the general election. Also be sure to check out the Civics for Kids page.

In preparation for the general election, choose the way to vote that works for you:
Read more

What it would do: This amendment would add two words to the state constitution. Right now the constitution reads, “every citizen of the United States” who is at least 18 years old and properly registered can vote. This amendment replaces "every citizen " with “only a citizen.” It has no practical effect because noncitizens are already barred from voting under Florida law.

John Loudon, the leader of Florida Citizen Voters, says the change is needed to clarify the constitution and ensure noncitizens are never allowed to vote in Florida.

No formal opposition has formed in Florida. A few communities in the country have allowed noncitizens to vote in local elections. San Francisco allows all parents regardless of citizenship status with children in the school system to vote in school board elections.

Proposed by: Petition drive carried out by Florida For A Fair Wage, which was heavily funded by Orlando attorney John Morgan

What it would do: Florida’s $8.56-per-hour minimum wage would be raised to $10 per hour effective Sept. 30, 2021. The wage would increase by $1 per hour until it reaches $15 per hour in 2026. From that point forward, the wage would be adjusted annually for inflation.

Supporters say cash-strapped Floridians are overdue for a wage boost, and raising the minimum wage would help the economy because low-income workers tend to spend what they earn. The amendment appeals to liberal voters and could be used to help generate more Democratic turnout for their nominee Joe Biden.

Opponents and industry groups argue raising the minimum wage will result in hours being cut and less hiring. They also say the higher labor costs will be passed on to consumers through higher prices.

Amendment 3: All Voters Vote in Primary Elections for State Legislature, Governor, and Cabinet

Proposed by: Petition drive carried out by All Voters Vote, which is substantially funded by South Florida health care businessman Mike Fernandez

What it would do: Right now, Florida has a closed-primary system, meaning voters must declare a party affiliation and can vote only in their party’s primary election for state Legislature, governor and Cabinet-level positions, such as attorney general and agriculture commissioner. This amendment would change that system. All voters could participate in primary elections and all candidates for office would appear on the same primary ballot. The two highest vote-getters would advance to the general election. This change could mean two Republicans or two Democrats facing each other in the general election.

Voters with no party affiliation are locked out of partisan primary elections. This would open up elections so they could participate. Supporters argue that candidates will need to answer to a broader group of people instead of tailoring their message to partisan voters.

Florida’s Republican and Democratic parties are united against this. They argue the amendment is misleading because it doesn’t open primaries but effectively abolishes them by pitting candidates from opposing parties against one another. Opponents also say it will suppress Black representation in the Legislature by injecting independent and Republican voters into Black-majority districts. Third-party candidates also could be prohibited from competing in the November general election.

Proposed by: Petition drive carried out by Keep Our Constitution Clean, which is funded through a secretive nonprofit group linked to a lobbying organization for Florida Power & Light, U.S. Sugar Corp. and other big businesses.

What it would do: Proposed constitutional amendments or revisions need the support of 60% of voters to pass. This would require approval in two elections instead of just one. It would make it more challenging for citizens to change the state constitution.

Supporters say Florida’s ballot initiative process amounts to direct democracy running amok. It should be extremely difficult to change the constitution, they argue, and the state Legislature should pass new laws. They point to a 2002 constitutional amendment protecting the rights of pregnant pigs from narrow confinement as an example of how the process has gotten out of hand. Pigs don’t belong in the state constitution, they say.

The ballot initiative process is the only way Floridians can bypass the Florida Legislature. The process is already expensive, and it costs several million dollars for a citizens' petition to secure the signatures needed to get on the ballot. The process was used to legalize medical marijuana and restore voting rights to many Floridians with felony convictions, changes that had little support in the conservative state Legislature. Making it harder for Florida voters to amend the constitution could doom future ballot initiatives, such as legalizing recreational marijuana.

What it would do: This would increase the time you have to transfer your “Save Our Homes” benefit from two to three years when moving to a new house.

Taxable value increases are capped at 3% on homesteaded properties under the Save Our Homes benefit. This would give homeowners more time to transfer that tax break to a new property. It passed the Florida Legislature unanimously.

Local governments would lose some money. The amendment would reduce local property taxes by $1.8 million, beginning in fiscal year 2021-2022, eventually growing to an annual reduction of $10.2 million, according to a fiscal analysis.

This would provide additional assistance to Florida veterans. It passed the Florida Legislature unanimously.