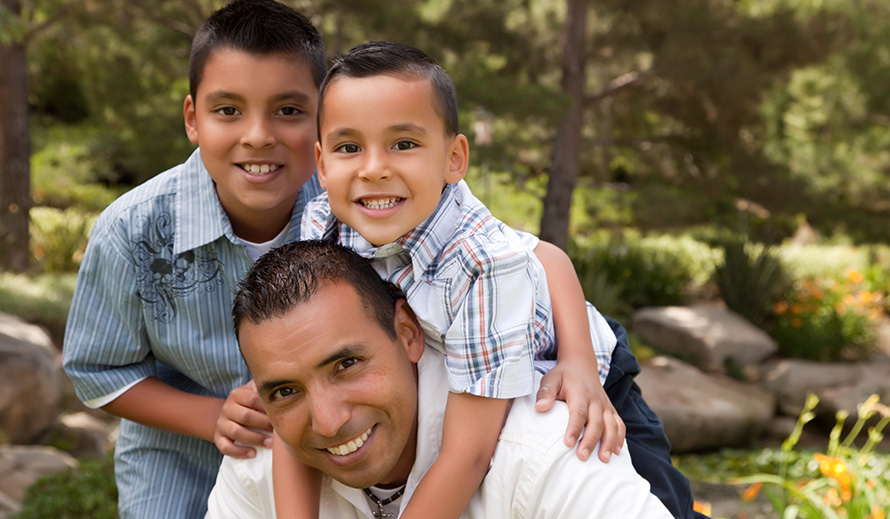 Calling All Father Figures: You Rock!

Here are 8 reasons why

A father’s involvement can go a long way toward contributing to a child's social and academic development. Children who bond early with their fathers (or father figures), in fact, often possess sharper thinking skills, are better problem-solvers and perform more strongly in school, putting them at an advantage over children with distant or absent dads.

And the male in question doesn’t have to be the biological father in order for kids to benefit. He can be an adoptive father, stepdad or other adult male in the household. Nor does a male role model have to actually live with a child in order to make an impact. He simply has to be a consistent, caring presence who takes delight in being a part of that child’s life, such as a grandfather, uncle or older brother; coach or teacher; or youth pastor or other spiritual advisor.

There are lots of reasons why fathers and father figures are key to a child’s development; here’s a look at a critical few.

Fathers and father figures are key to a child’s development.

They make for healthier families. The involvement of dads before, during and after the birth of a child may have lasting health benefits, from increased prenatal and postnatal health care visits to more successful breastfeeding and a higher likelihood that parents will seek out immunizations and care for childhood illnesses.

Their kids do better in school. Children with male role models tend to be more prepared for school than those who don’t. They also are more likely to achieve higher levels of career and economic success. Of particular note: The rates of delinquency from school are lower among boys whose fathers actively participate in their care.

They foster well-rounded children. The way parents react to various situations helps children see life through multiple lenses. Women, for example, tend to be more comforting and protective, feeding a child’s emotional and spiritual sides, while men are often strong, playful and loud, encouraging more risk-taking and a laid-back attitude.

They create better communicators. Children start speaking earlier and are more verbally expressive when a strong male role model is involved in their life. Part of that is because men and women don’t talk to kids the same way. Women typically put more thought into what youngsters can and can’t understand, while men encourage more complex language, asking children for clarification, emphasizing directions and making clearer references to past events. The bottom line: Women get kids chatting and men get them ready for conversation, together helping to further develop their language skills.

They cultivate can-do kids. Because men typically deal with problems differently than women, i.e., moms usually nurture more while dads comfort by trying to bolster a child’s confidence, those with actively involved fathers or father figures tend to grow up tougher and better able to deal with stress. They also have less fear, more self-direction and less psychological distress.

They teach children to play well with others. Playful and affectionate interaction with positive male role models is shown to predict a child’s social-emotional involvement with others.

They raise strong men... As the first standard of masculinity in a child’s life, young boys learn firsthand how to treat women based on the behavior of the men around them, and many of us grow up emulating our parents’ relationships – with each other and those close to them – in some way. So, if kids see parents treat each other and others with respect, they learn to do the same.

...And strong women. Girls who grow up having a close bond with a father or other positive male role model often possess a more positive self-image and tend to be more ambitious in their careers. Young women with engaged fathers also enjoy increased levels of self-esteem.