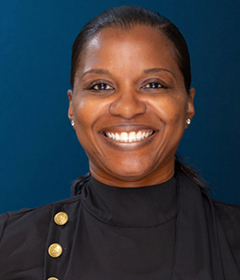 Try K. Diggs was born in New Orleans but moved to Miami at the age of 10. She graduated from Miami Norland Senior High School as the Salutatorian of her class. Upon graduating from high school, she attended Hampton University in Virginia where she earned her Bachelor of Arts degree in English Arts. Dr. Diggs also holds a Master of Science and an Educational Leadership Specialist Degree from Nova Southeastern University, and her Doctor of Education (Ed.D.) from the College of William and Mary.

Dr. Diggs has worked for Miami-Dade County Public Schools for more than 27 years. During this time, she primarily serviced at-risk students and academically fragile communities. In October 1995, Dr. Diggs served as a Language Arts teacher for an alternative school known as School for Applied Technology. In June of 2007, Dr. Diggs was hired at her alma mater, Miami Norland Senior High School, where she worked as an Assistant Principal and Vice Principal for five years. She was the principal of Miami Edison Senior High School from August 2012 to July 2017. During the 2012-2013 and 2013-2014 school year, the school earned the grade of a “B” rating. From July 2017 to December 2019, Dr. Diggs worked as the Administrative Director for Miami-Dade County Public Schools’ Education Transformation Office. Under her leadership, for the first time in the history of the District, D and F-rated schools were eliminated at the middle school and high school levels.