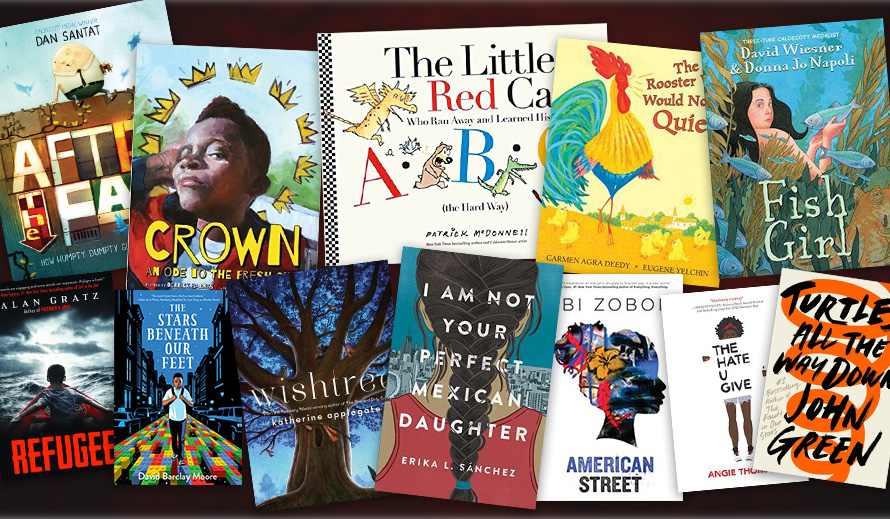 Our top picks for tots to teens

Teacher, escape hatch, best friend. Books – wonderful, mystical, life-changing books – can be all of those things, and our 2017 Top 12 list of titles for kids is a great way to share the magic with your children. 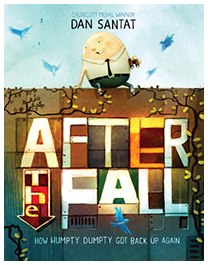 After the Fall: How Humpty Dumpty Got Back Up Again*
Written & illustrated by Dan Santat

It turns out that all the king’s horses and all the king’s men could put Humpty Dumpty back together again, although the trauma of his tumble has understandably made him afraid of heights. Now timid and fearful, Humpty has stayed far, far away from even the slightest elevation, but when a cherished possession sails over a high wall, he gathers up his courage and starts to climb… Gorgeous illustrations reflect the battle-scarred egg’s mood, from bright and sunny streets to shadowy walls, and the triumphant ending is an inspiration to anyone who’s faced and overcome an intense fear – or hopes to. Ages 4-8 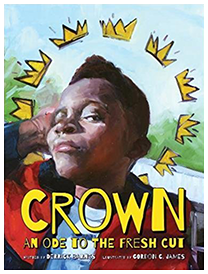 Crown: An Ode to the Fresh Cut
By Derrick Barnes; illustrated by Gordon C. James

Primarily directed at young boys of color, Barnes’s first picture book is a brilliantly worded and beautifully illustrated paean to the neighborhood barbershops of the African-American community. Carried along upon the strutting shoulders of its haircut-seeking protagonist, the story is an enthusiastic, joy-filled primer on empowerment and self-esteem from which any reader – no matter their age, gender, culture or color – can benefit. Ages 3-8 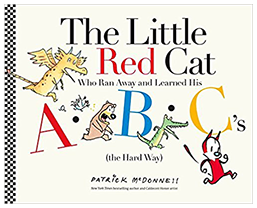 A mischievous red cat makes a great escape through a carelessly left open front door and immediately runs into a toothy Alligator, a cranky Bear, a twittering Chicken and a no-nonsense Dragon. The madcap mob chases the fast-footed feline through his sunny neighborhood, across Ice slicks, through a tangled Jungle and across hulking Mountains, with every colorfully illustrated page of the quintet’s dizzying adventure bringing little “readers” a new letter to learn. Ages-3-6 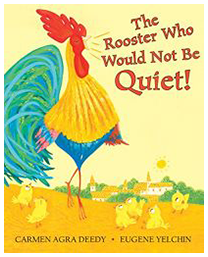 The Rooster Who Would Not Be Quiet!*
By Carmen Agra Deedy; illustrated by Eugene Yelchin

The importance of pushing back against injustice is the lesson taught by this charming book. A tyrannical mayor’s oppressive laws cast a silent, seven-year-long shadow over a once boisterous village and its inhabitants, until a brave little rooster arrives on the scene. Livid at the sound of the gallito’s exuberant crowing, the evil Don Pepe tries everything he can to silence him – from imprisonment to the threat of starvation – but the rooster continues to resist. Available in English and bilingual English/Spanish editions. Ages 4-8 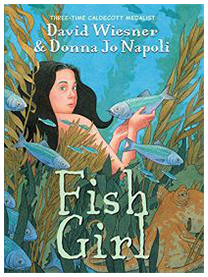 A mermaid forced to live in a boardwalk aquarium by a shifty, self-serving “caretaker” discovers identity, autonomy and strength through an unexpected friendship. Connecting with a girl her own age who sees her through the glass, the little mermaid slowly begins to realize the reality of her existence – and that she’s entitled to live a life that’s free and far more fulfilling. Ages 10 and up 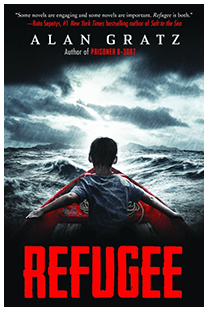 Three different stories unfold across the pages of this powerful book, crossing time and countries but tied together through their protagonists’ desperate attempts to escape persecution. Twelve-year-old Josef flees Nazi Germany for Cuba in 1939; Isabel, 11, boards a states-bound boat from that island in 1994; and Mahmoud, 12, departs war-torn Syria in 2015 for Greece. The children’s journeys are fraught and at times disturbing, but they provide critical insight and understanding into the plight of those searching for a safe place to simply exist. Ages 9-12 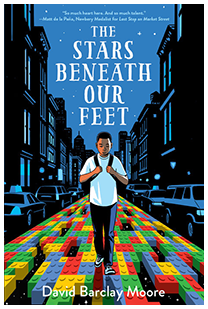 The Stars Beneath Our Feet*
By David Barclay Moore

In the aftermath of his older brother’s murder, a young boy in Harlem, New York, finds solace in building an elaborate structure with Lego. Mourning and in despair, Lolly is rootless until he gets his hands on two trash bags full of the colorful, hard plastic blocks. When his work takes over his West Indian family’s apartment, he finds the space to continue thanks to a supportive community center staffer and at the urging of an autistic – and unforeseen – ally. But a looming neighborhood threat could upend his fragile recovery. Ages 10 and up 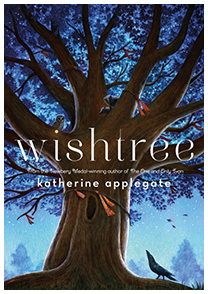 Wise, warmhearted and hundreds of years old, Red is a massive oak tree who watches over the comings and goings of the families in his town and serves as the keeper of their dreams, as they’ve tied tiny notes scrawled with their most fervent wishes to his branches for generations. Samar is a young Muslim girl new to the seemingly peaceful hamlet, whose family hasn’t been welcomed. Their intertwined stories offer fantastic teaching moments about kindness, compassion and acceptance. Ages 8-12

Inspired by Zoboi’s personal experiences, the book recounts the harrowing tale of 14-year-old Fabiola, born in the United States but raised by her mother in Port-au-Prince, Haiti. The two make the move to Detroit to live with Fabiola’s aunt and cousins, but her mother is detained during their travels and sent to a detention center. Completing the journey alone, Fabiola makes it to the Motor City. But what she finds there is far from the better life she’d been dreaming of – and the deal she’s offered to set her mother free may come at too high a cost. Timely and compelling, Fabiola’s story will resonate long after it’s put down. Ages 14 and up 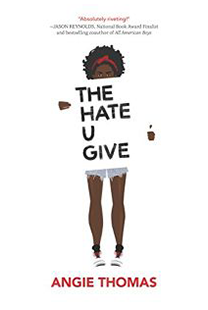 The Hate U Give*
By Angie Thomas

Starr Carter, 16, attends a private, almost all-white school, but comes home to streets riddled with gangs and drive-bys. When she accepts a ride home from a childhood friend, a traffic stop ends in tragedy and Starr’s separate lives violently collide. Police brutality, racism and interracial relationships are all examined in this gut-wrenching, thought-provoking and sadly relevant tale that’s a must-read for children of any color. Ages 14 and up 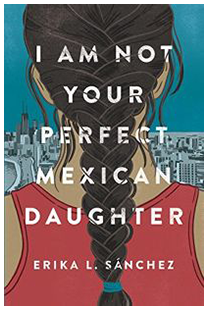 I Am Not Your Perfect Mexican Daughter
By Erika L. Sánchez

Outspoken and defiant, 15-year-old Julia is not the daughter her parents want her to be. That role’s been filled by her older, much more quiet and compliant sister. Then Olga dies, and in trying to get to know her sister better after the fact by piecing together clues about her day-to-day life, Julia discovers she may not have known her at all. Ages 14 and up 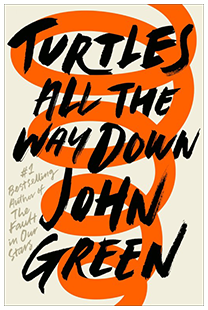 Turtles All the Way Down*
By John Green

Sixteen-year-old Aza lost her dad to a heart attack eight years ago, and her ensuing, often debilitating anxiety has steadily grown since. Her long-ago crush, Davis, is the son of the town billionaire, a fugitive from the law who’s gone into hiding. When a $100,000 reward is offered for his return, Aza’s best friend Daisy urges her to reconnect with her childhood pal and take up the search. Young love – and intrigue – begins to blossom, but Aza’s anxiety, by now so much a part of who she is, threatens to dash her burgeoning happiness. Ages 14 and up

*Available at the Miami-Dade Public Library