Affiliation:
Elected official appointed by the League of Cities representing the residents of a municipality located within Miami-Dade County
Finance & Operations
By-Laws Committee 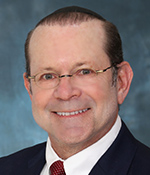 Born in Brooklyn to immigrant parents, Isaac Salver was raised in Miami Beach. He holds a Bachelor of Science in finance from Florida State University and an MBA in accounting from Hofstra University.

After completing his graduate studies Mr. Salver began his career in international banking and finance, and worked for Chase Bank International, Standard Chartered Bank and Fidelity Bank. He earned his CPA license in 1987, started Duque and Salver CPA and spun off what is now his current firm of Salver + Salver, LLP, located in North Miami. Mr. Salver has handled FIRPTA matters and other tax issues relating to U.S. taxation of Foreign Persons since 1997. During the last five years he has lectured for attorneys, real estate brokers and other professionals involved in real estate transactions.

Mr. Salver was elected to Bay Harbor Islands Town Council in 1999, has served as its mayor and vice mayor, and is currently a councilman. He has also served the greater Miami community through a wide range of roles, including vice chairman of both the Bay Harbor Islands Employee Retirement Fund and the Bay Harbor Islands Charter Review Committee; as a member of the Board of Directors of the Florida League of Cities since 2003; past president of the Miami-Dade County League of Cities; member of the Miami-Dade County Public School Board Audit and Budget Advisory Committee; and as treasurer of the Board of Directors for The Children’s Trust.

Mr. Salver and his wife Bahee have three sons and a granddaughter.

Term: Serves as long as designated by the Miami-Dade County League of Cities.