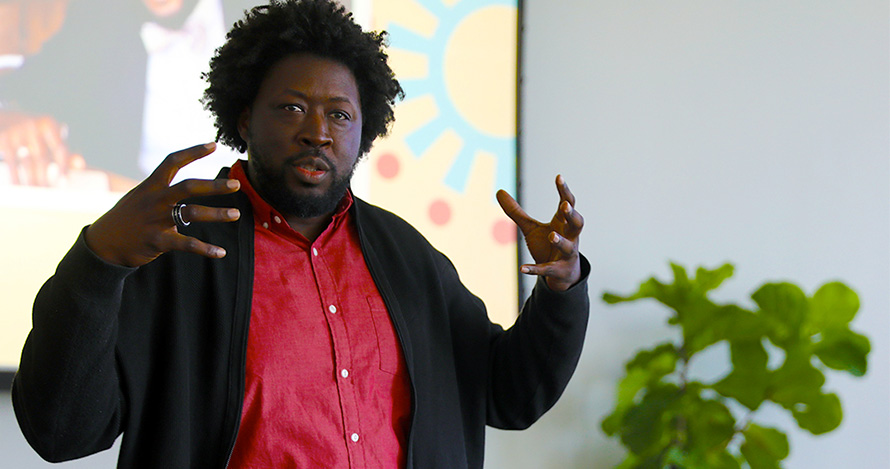 Attendees encouraged to start changes in their own organizations

Hearing that somebody puts several dead black boys in their pocket every day, along with his keys and wallet, before leaving the house is jarring. But then again, that was the point of the first ever Social Equity Day held on Valentine’s Day at the University of Miami.

Sponsored by The Children’s Trust and the Early Learning Coalition of Miami-Dade/Monroe County (ELCMDM), the seminar brought together community members willing to be made uncomfortable about the current social justice disparity in South Florida.

“Truly courageous conversations are not for the faint of heart. Deep listening and reflection is required. An ability to stay suspended in a possibly uncomfortable space is required. An openness to new learning is required. The participants did not disappoint,” said Pamela Hollingsworth, Trust Board Member and Senior Vice President of Strategic Initiative at the ELCMDM who served as a facilitator at the seminar.

Among the powerful presentations given were two poems performed by author Darius Daughtry, including the one that talks about the black dead boys who he keeps with him to remind him of the dangers of growing up black in South Florida.

“Daughtry, a Miami-raised author, poet and founder of Art Prevails, shared his experience of being handcuffed by the police at the tender age of five. He delivered much of his message in vivid, gut wrenching prose and invited all of us to ‘holla if you hear me’. We did,” Hollingsworth said.

Daughtry’s prose riveted the 60 or so attendees and included several presentations and breakout sessions after lunch. The audience was shown research on the wealth disparity in South Florida among races, and even among different ethnicities within the same races.

Another speaker, Nicole Martin-Bynum, talked to the attendees about racialization and forms of racism, including internalized, interpersonal, institutional and structural racism.

Facilitator Emani Gerome challenged notions of social justice and our own role in perpetuating current inequalities, willingly or not. Gerome, director of Social Innovation and Entrepreneurship at FIU, recounted a recent story where he hesitated to stop at an isolated gas station when he noticed numerous young black men hanging out there. “They couldn’t have been nicer,” Gerome said, after admitting that he thought he was beyond having such prejudices but realized none of us are.

"The event was amazing, it was informative and poignant. I am not one to be vulnerable, but I found myself in the moment being very transparent, said Shawnalee Vassell, program manager at The Trust. "This event allowed many to see things from a different lens while creating a safe space to address issues that are often swept under the rug."

The seminar spurred a number of conversations, during and in between the official presentations. While the information and experiences shared were powerful, there remained a sense of uneasiness among some attendees that not enough action resulted from gatherings like Social Equity Day. In the end, all agreed that any changes would have to start with those attending the seminar and the organizations they represented.

“We look forward to Social Equity Day, the sequel in September of 2020,” Hollingsworth said.