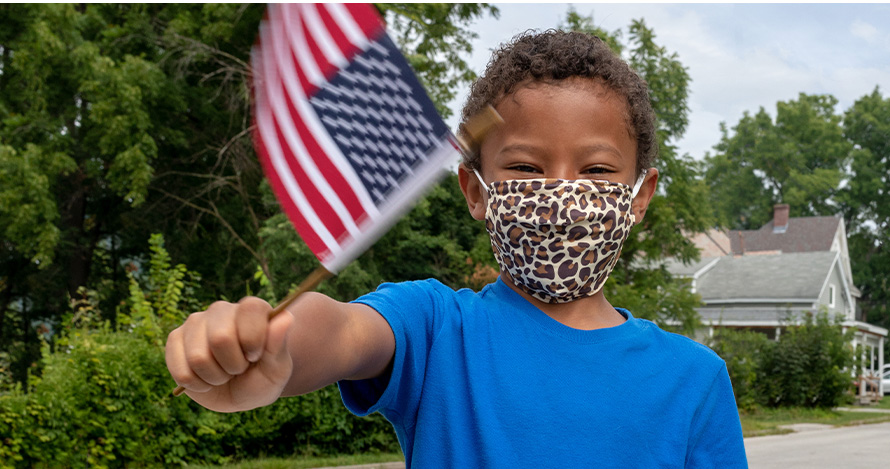 Getting Kids Ready for Election Madness

The impacts of the 2016 Presidential Election on our children were worrying, according to a study by the Southern Poverty Law Center. Nine of 10 educators said they saw negative impacts on student mood and behavior after the election; eight of 10 reported higher anxiety by marginalized students like immigrants, African-Americans, LGBTQ and Muslims; while half of the respondents said students were targeting each other based on which candidate they supported.

To be sure, recent elections have been contentious. But the 2020 election, with the help of a worldwide pandemic, boiling racial tensions in parts of the country and a struggling economy, might make those seem tame by comparison. Parents need to ready children for how to deal with and think about what could be an unprecedented election in terms of confusion, vitriol and even violence.

With the nation seemingly as divided as ever, it’s a good parent's job to lower the volume, reduce the intolerance and strive to teach empathy and understanding for all during these emotional times. How a parent does that depends in large part on the age of their children and how much they can understand about what’s going, as well as how much exposure they should have to the negative aspects of the election.

Still, there are some basics that all parents should follow if a child is going to be able to make sense of what is going on in a healthy way.

Start Early
Kids, even toddlers, absorb more than you think. A “less is more” approach is preferable for young kids but that doesn’t mean you should isolate them completely from what’s going on. Provide them with a moral framework and teach tolerance for all sides, while not offering too much anxiety-inducing information. There are plenty of resources out there to help, including here for the basics. The Children's Trust also has a Civics for Kids page with a list and links for websites, videos and books (available at Miami-Dade County Libraries) that explain what's going on in a kid-friendly way.

In normal times, it would be beneficial to take your children to a voting booth, rallies, museums and government buildings and explain their importance in terms they’ll understand. With outings limited during the pandemic, another way is engaging in thoughtful but simple conversations about issues.

Translate the political lingo
Politics can be nasty and hard for young children to grasp. Even older kids may have an issue when campaigns and comments veer into bullying territory. Help decode the meaning behind these messages in an age-appropriate manner, and don’t be afraid to point out when the discourse goes too far or is otherwise inappropriate.

In an online article by Nat Geo Family, “Talking to kids about the election,” the website explained it like this:
“Most kids won’t understand a phrase like ‘distributing scarce resources.’ But they do understand the concepts of sharing and fairness. Parents can also compare laws with rules kids have to follow at home. They have emerging understanding of the role that rules play in making sure that everyone stays safe and healthy.”

Encourage them to think independently about issues
As much as you may want them to agree with you, parenting is all about raising kids who think for themselves and make decisions on their own. This is even more  important for adolescents. Minimize conversation about who you think is the right candidate and instead ask them questions that make them wonder what makes someone the right choice for their community and for the country.

Help your children, especially middle and high schoolers, find objective accurate information so they can form their own opinions. Remind them of the importance of considering all sides before making decisions and shift the focus away from candidates to issues, while resisting the temptation to categorize individuals negatively. “Rather than calling [a candidate] a bad person or a dumb person, talk about what they care about, what their values are, and whether they’re the same as your values,” Alyssa Westring, co-author of the book, Parents Who Lead, told Nat Geo Family. “You could say, for example, ‘I really value protecting the environment and here’s a candidate that cares about protecting the environment in this way. What do you think about that? What do you care about? What would a good politician care about in your mind?’”

What to do about the news?
Although dissecting media outlets and platforms together to figure out which is the most credible can be a good learning experience for older children, there is also a danger that divisiveness prevalent in media today can instill negative values in them. If you do let them watch the news on television or online, be present to breakdown what they are seeing and encourage them to ask questions about what they see and hear. Pay particular attention to avoid political ads or social media posts that are extreme and be ready to explain.

Reinforce your family values
At the end of the day, the election will be viewed differently in each household and family. Talk about the importance of trust, honesty and respecting others’ opinions and make sure they understand that good people – including members of the same family – can disagree on fundamental political issues and still be the same good people you continue to love and respect. Just because some candidates, talking heads and many adults have lost sight of what is truly important in life, doesn’t mean your children and family have to!